Skip to Main Content
Last weekend I found myself back in Ulster where I grew up and where CS Lewis spent part of his childhood.  Throughout his school, university and most of his adult life he returned every year to Northern Ireland and shared his love of the land with his newly wed.
.
It was a place dear to his heart

‘Heaven is Oxford lifted and placed in the middle of County Down‘.

It was a  place where CS Lewis went exploring as a child and was inspired by the Mountains of Mourne.  He loved the granite mountain range with their peaks and valleys, rivers, forests and legends of giants.  Memories that in later life he would use  to write about the magical land of Narnia  in “The Lion, the Witch and the Wardrobe” Chronicles.
So would you like to come  on a little journey with me?   Lets open the wardrobe door just like Lucy and step inside only this time to find ourselves in County Down in Northern Ireland where it is known as the real life Narnia. 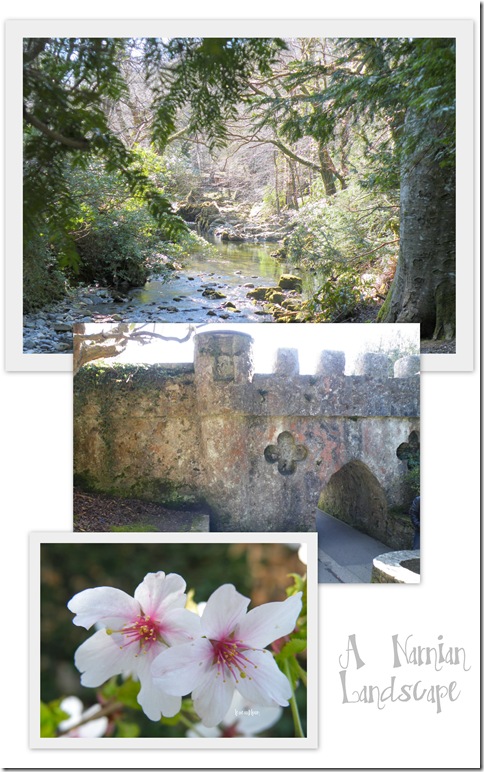 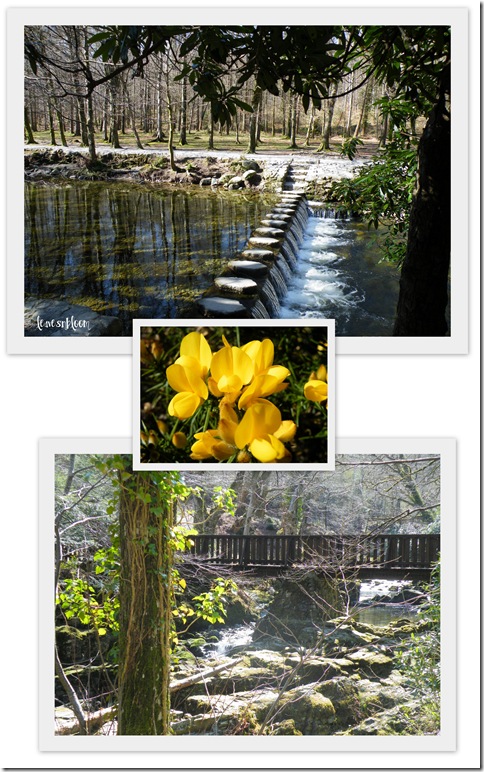 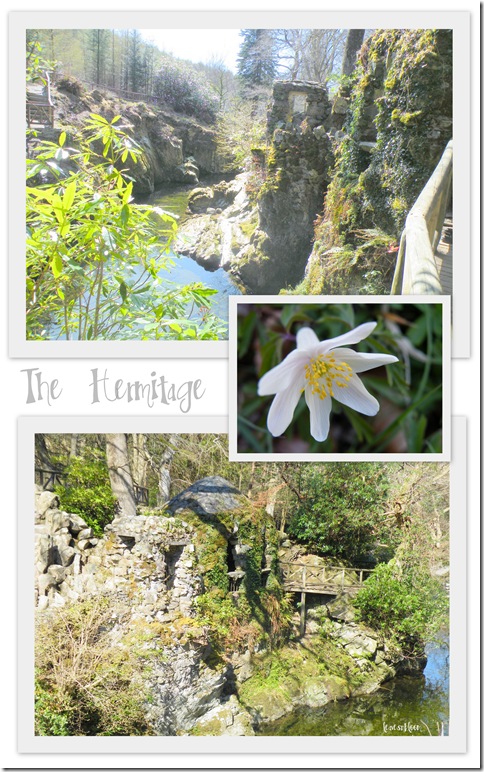 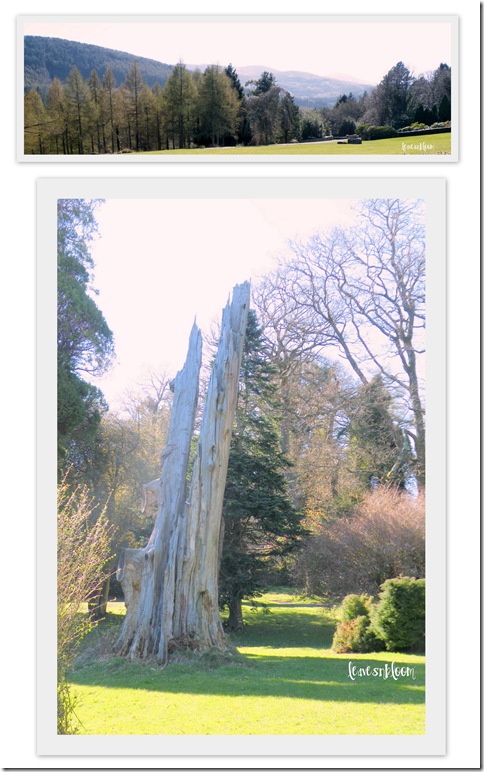 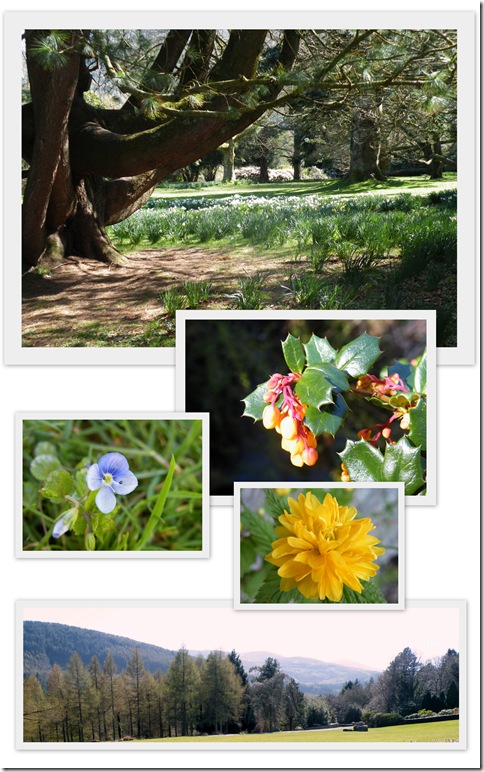 .
Northern Ireland sadly was not known for its literary heroes in my childhood days but for only for conflict and the football legend George Best.  I knew the story of “The Lion, The witch and The Wardrobe” as a child and for me it was a story of escapism  into a land of make believe where even the animals spoke.  No one spoke of this author coming from Northern Ireland…………….. few even realised.
. 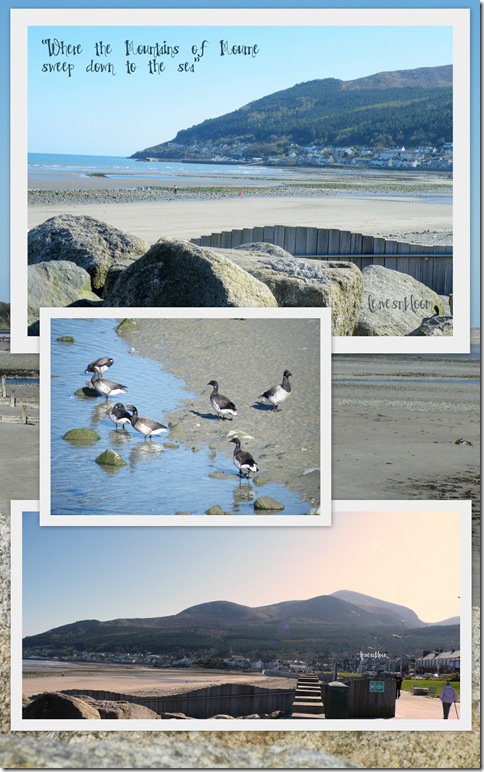 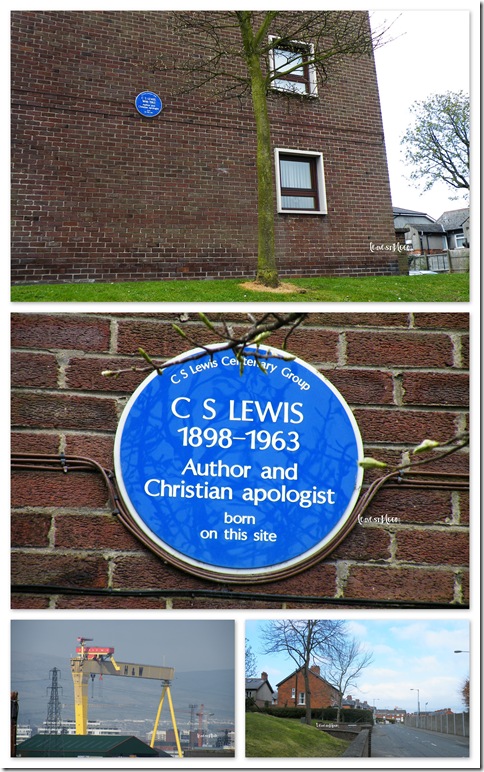 .
His birth place at Dundela overlooked the Belfast Shipyard where The Titanic would soon be built.
The house is no longer there but here is an artists impression of what it would have looked like before the flats were built. 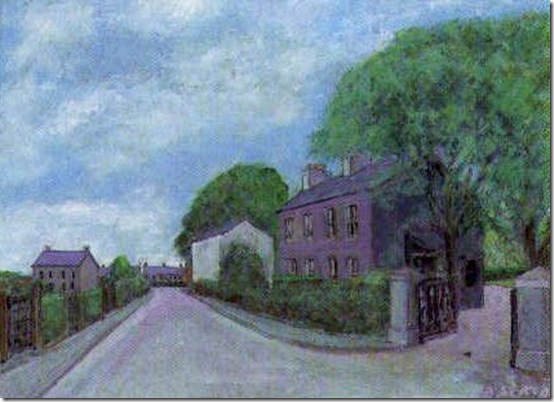 In 1905 he and his family moved to Little Lea.  This is the original location of the magic wardrobe.  There was one room upstairs where Jack and his brother Warren had a telescope where they used to watch the big ships going up and down Belfast Lough.

‘almost a character in my story. I am a product of long corridors, empty sunlit rooms, upstair indoor silences, attics explored in solitude, distant noises of gurgling cisterns and pipes and the noise of the wind under the tiles. Also of endless books…From our front door we looked down over wide fields to Belfast Lough and across it to the long mountain line of the Antrim shore.’ 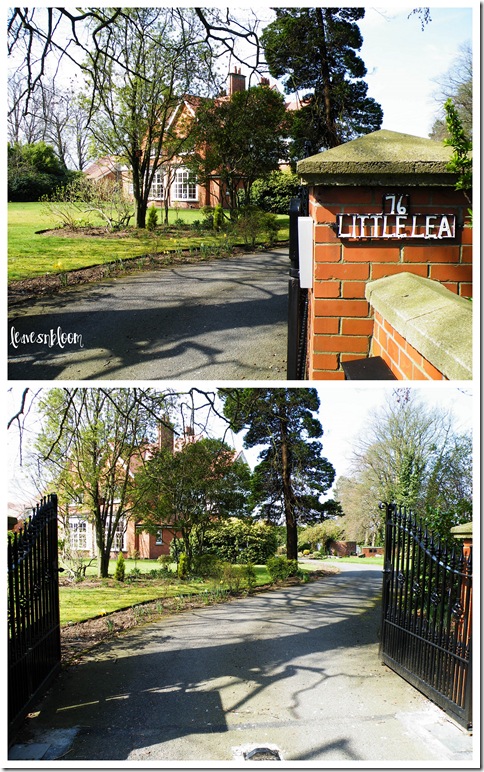 Little Lea is a private residence today so I wanted to be discreet as I took the photographs from the public footpath. The park that my children played in is across the road from here and I pushed a pram past this house for years.
This view shows the back of the house but  from the front of the house was a view down to Belfast Lough and the shipyard which he used to call “the Belfast Symphony” due to the pounding of the works down in the Harland and Wolfe yard.  When he lived here my children’s great grandfather was helping to build the Titanic only a few miles away. 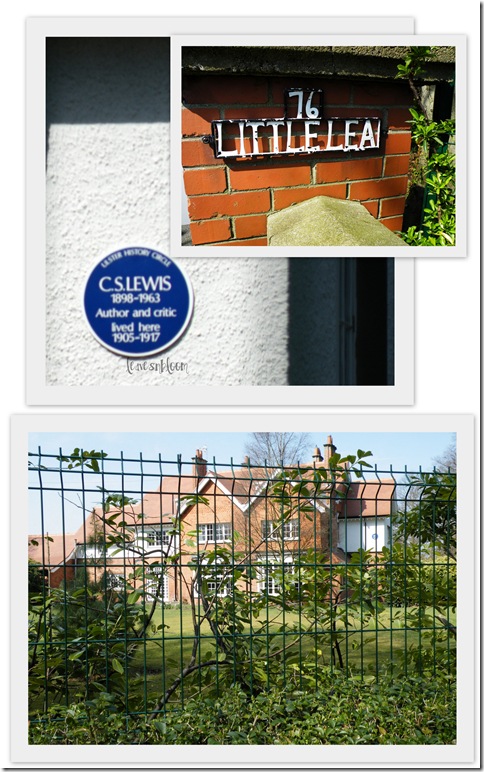 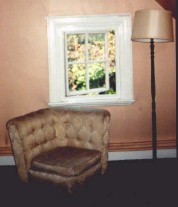 The Lion on the Hill – St Marks

St Mark’s (Church of Ireland) first Rector was Rev Thomas Hamilton. He was the grandfather of CS Lewis. His parents were married here and he was baptised here by his grandfather on 29th January 1899.
. 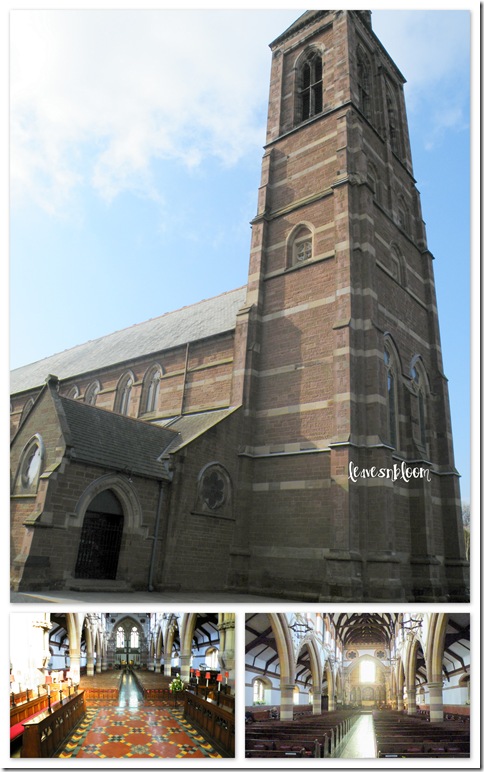 .
and here is the window that he and his brother Warren presented to the parish in memory of their parents in 1933. Three Saints are shown, 2 of them gospel writers St Mark and St Luke on either side of St James.
. 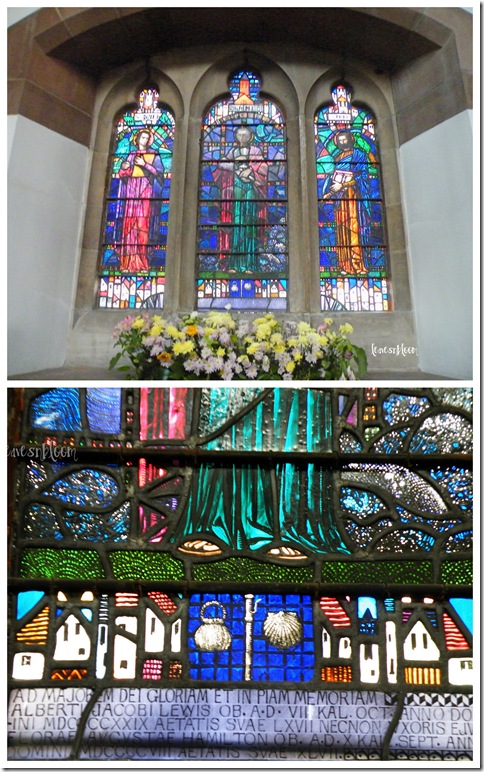 From the Latin To the greater glory of God and dedicated to the memory of Albert James Lewis, who died on the 25th September 1929, aged 67, and also of his wife, Flora Augusta Hamilton, who died on the 23rd August 1908, aged 47.

The church is dedicated to the gospel writer Saint Mark where it is claimed that his body was brought to Venice and buried in the great church in San Marco.  His symbol, and the symbol of Venice is a winged lion and St Marks church has always called itself “The Lion on the Hill”. Its tower can be seen for miles around.
Even the door handle of the Old Church Rectory is in the shape of a lion.  CS Lewis would have used this door handle so many times in his childhood.  I am convinced that the link to St Marks lion, the biblical “Lion of the Tribe of Judah” and this door knob must have influenced him in later life while writing the chronicles about Aslan. I used to take my children to Mothers and Toddlers at this church each week.
. 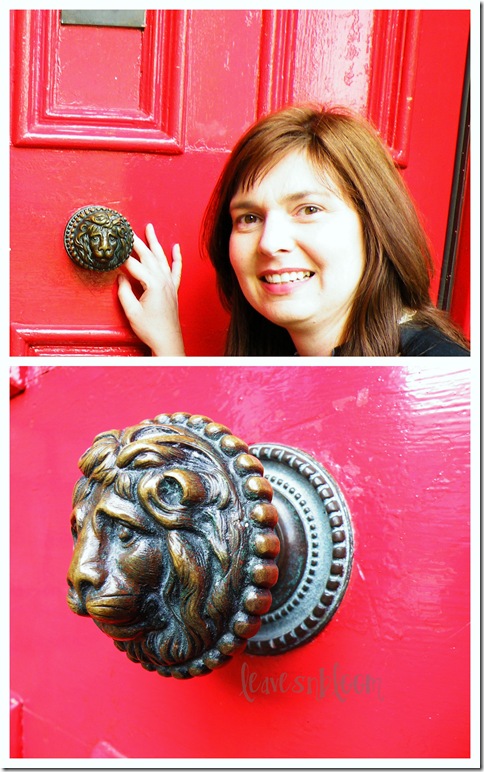 I  never realised until recently that CS Lewis did not write “The Magicians Nephew” until just before “The Final Battle”  – while book publishers these days would have us read that book first.   What order have you read the Chronicles in?

It's been a long time since I shared some photos from along the A82 Glencoe....

embed copyright and metadata in your photos – View on Flickr Bauble cupcakes Here's a tutorial on...

We stopped at Achnambeithach Cottage at the foot of Bidean nam Bian to view Aonach...

Have you noticed that there are times of the year when you depend more on...