Skip to Main Content
What’s in bloom in March? Well the garden is slowly springing into colour and it’s wonderful to enjoy daylight a little longer as each week goes by. The weather hasn’t made it easy to do much gardening as we’ve had freezing temperatures and snow. But it certainly is a joy to look out through the windows and see life returning to the flower borders again.  Last March you would’ve got a suntan here in Perthshire and for a few days we were warmer than California and Cyprus. The plants hadn’t a clue what had happened and neither did the wildlife.
Fast forward to March 2013 and it’s much more the seasonal norm. At least the fruit buds won’t be fooled into opening too early and we might even get some plums this year. Looking back at the March Spring blooms in 2011 is a much better comparison rather than March 2012 as the weather and temperatures are very similar. Though we do have an exceptional arctic windchill at the moment with more snow forecast.

The first three photographs were taken earlier in the week:

The Daphne mezereum ‘Rubra’ grows beside the Hammelis ‘Pallida’ and a white Hellebore niger. In fact it’s in a windswept area hence it never grows with vertical straight stems.

This flower border is under the Weeping Silver pear tree and you can see the buds forming on the Fothergilla shrub to the right in the photo.  Lots of different colours of crocus grow here along with many clumps of early flowering ‘Tête-à-tête’ daffodils. Hellebore orientalis ‘Tutu’ was planted here two years ago and it’s quite unusual as it has pink double pleated centres.

More of what’s in bloom in March

These are reliable little hardy perennial primulas. They are planted all over the garden and flower intermittently throughout the year.  Primrose Heritage has pale lemon petals and an orange centre. While Primrose Emily has pale yellow petals with a darker yellow centre.

Snowdrops are popping up all over the place along with lots of hellebore seedlings.

There are also many clumps of Erica heather in flower.

My favourite little iris bulbs Iris reticulata ‘Katharine Hodgkin’ are back in flower again. Though the clumps are getting a bit overcrowded and need thinned out.

The spring snowflakes are slow to establish.

Finally I’ll leave you with the Hellebore orientalis ‘Picotee’ basking in the evening golden light with the purple and yellow crocus in the background.

All of these plants are H4 | H5  – click here to read more about Scottish Hardiness Ratings. 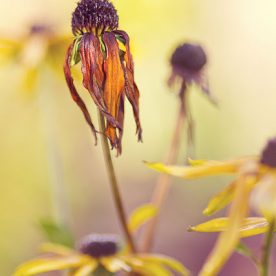 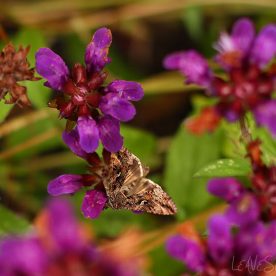 Have you ever seen one of the Silver Y moths commonly known as an owlet... 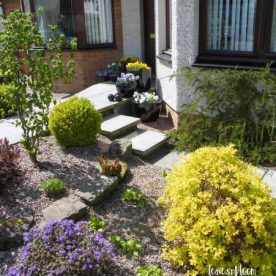 . There’s one requirement this garden of mine needs just now – shadows! That’s a... 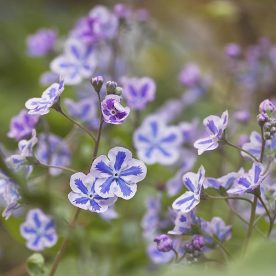 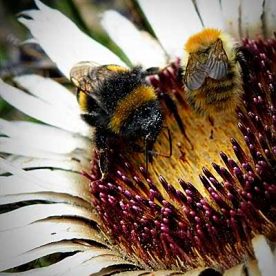