I’m finishing the year showing some autumn colour Branklyn Garden photography. I took these shots over the course of two weeks during the autumn between 7th – 20th October 2014.

No matter which path you take along the garden there’s never an acer far away as they fill the borders with seasonal colour in various shades of red, orange or gold. While in among their finely textured leaves there are those decorative papery winged seedheads.  Some have graceful tall spreading branches while others are mounds of leaves with twisted trunks.

The vivid fiery red leaves from the Stewartia tree and Vaccimium contrast with the glossy green leaves from the many rhododendrons and act like exclamation marks. They stop you on your journey as their colours are stunning. There’s also the mature Sorbus vilmorinii overhead with it’s arching branches laden with pink berries. While you’ll never fail to notice the different types of ornamental tree bark throughout the garden.

Touching the bark is just so irresistible! Seasonal shades and hues weaving their way through the borders. Little pockets of autumn colour in among the evergreens Oh if only I had space … I’d have a Liquidamber tree /Sweet gum in my own garden. They like acidic, deep loamy, moisture retentive soil that doesn’t dry out during the summer months.  They don’t like cool summers so they might not reach their full height potential here in Scotland.  So if you’d like to grow one position it in full sun, give its roots a good deep mulch and plenty of water during the summer months.  The autumn colour is superb with these trees.

Despite the autumn flowering season having just peaked I was surprised to find a little blue Corydalis still in flower. Usually this little woodlander has finished flowering by July.
There are lots of different species and hybrids of large hydrangea shrubs in the garden and their flowers really do extend the autumn flowering season.  I’ve always admired hydrangea flowers and their florets decay so gracefully and make great garden photography subjects. This year I even bought a Hydrangea aspera ‘Villosa’ for my own garden.

I hope you’ve enjoyed seeing a little glimpse of Branklyn garden. Maybe you’ve been inspired to grow something new in your garden for the next autumn season. Every autumn at Branklyn is different as you’ll see when you click through my archives!

The succession of colour is so dependent on the climate.

Until I start posting again in 2015 may you all have a Blessed Christmas with your loved ones.  The joy of the season doesn’t come through things but from God who gave us the very best present  – His Own Son Yeshua. 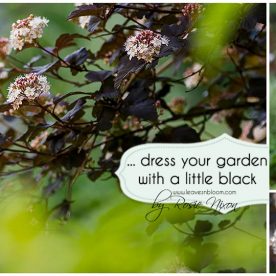 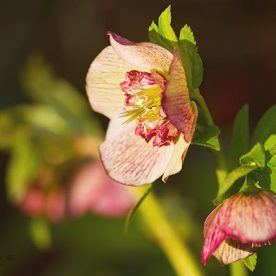 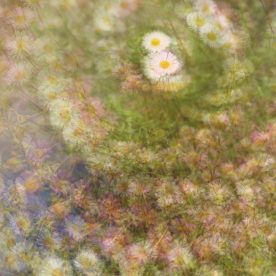 The plant is easy to grow and so rewarding. Correctly pronouncing Erigeron karvinskianus is probably... 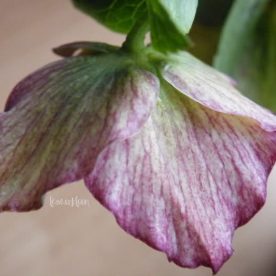 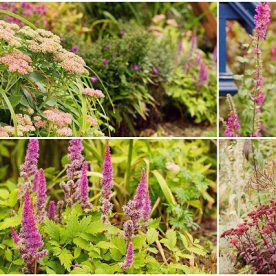 Last month I took you beyond the garden gate to see what was in bloom during... 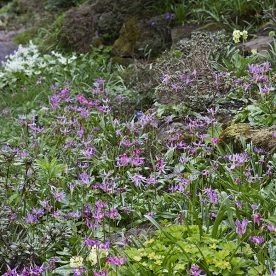 There’s nothing quite like seeing a drift of pink Erythronium revolutum at this time...