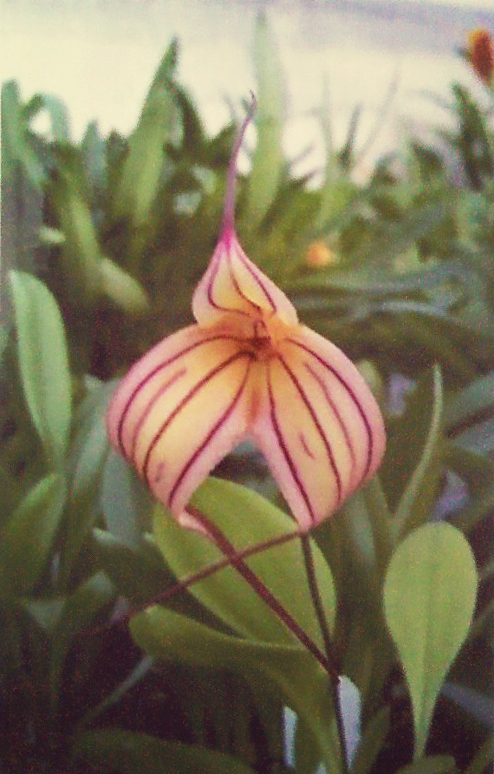 I was surprised to have a new orchid was named after me, Masdevallia Rosie Nixon. So how did it happen?

I’ve admired Masdevallia orchids for years as they have intriguing shapes and colours of blooms. But never EVER did I think that one would be named after me!

They are also called kite orchids because of their triangular-shaped flowers that look like a kite. Moreover, they have a kite tail that extends from each sepal which makes them look like a kite in flight.

Masdevallia orchids are found on the high elevations of South America in cloud forests. As their location suggests they are cool growing orchids. As a result, they are constantly bathed in dense mist and rain. Therefore they require continuous moisture and high humidity conditions if you grow them here in the UK.

One grower in Perthshire is mad about Masdevallias and his greenhouse is full of them. Alex breeds orchids and is very well known in Scotland and he used to work in an orchid nursery in Australia, growing cymbidiums.

I worked commercially with orchids for 18 years and had so many wonderful conversations with Alex. As a result of our conversations, I learned so much more about orchids. Furthermore, I gleaned lots of information that I passed on to my customers when they had problems with orchids … especially cymbidiums.

Firstly, the conversation was very different to any other conversations we had had in the past. He took 3 photographs out of his pocket. Then he said, “choose whichever orchid flower you like best Rosie”. I thought I was just choosing for the sake of choosing. Never did I realize what he was going to say next!

Then he exclaimed, “well that orchid is going to be called Masdevallia Rosie Nixon”. I was stunned as I’ve always been interested in the people behind the names given to plants. Now I was ‘one of those names’. It made my day!

I’ve never photographed it in flower yet so I only have a phone photograph of a photograph. Nevertheless, to have a flower named after me is something that’s very special to me and quite unique. However, you’ll not find a Masdevallia in many garden centres in the UK and you’ll have to purchase one from a specialist orchid nursery.

I recommend Mick’s Masdevallias website if you want to learn more about these orchids. 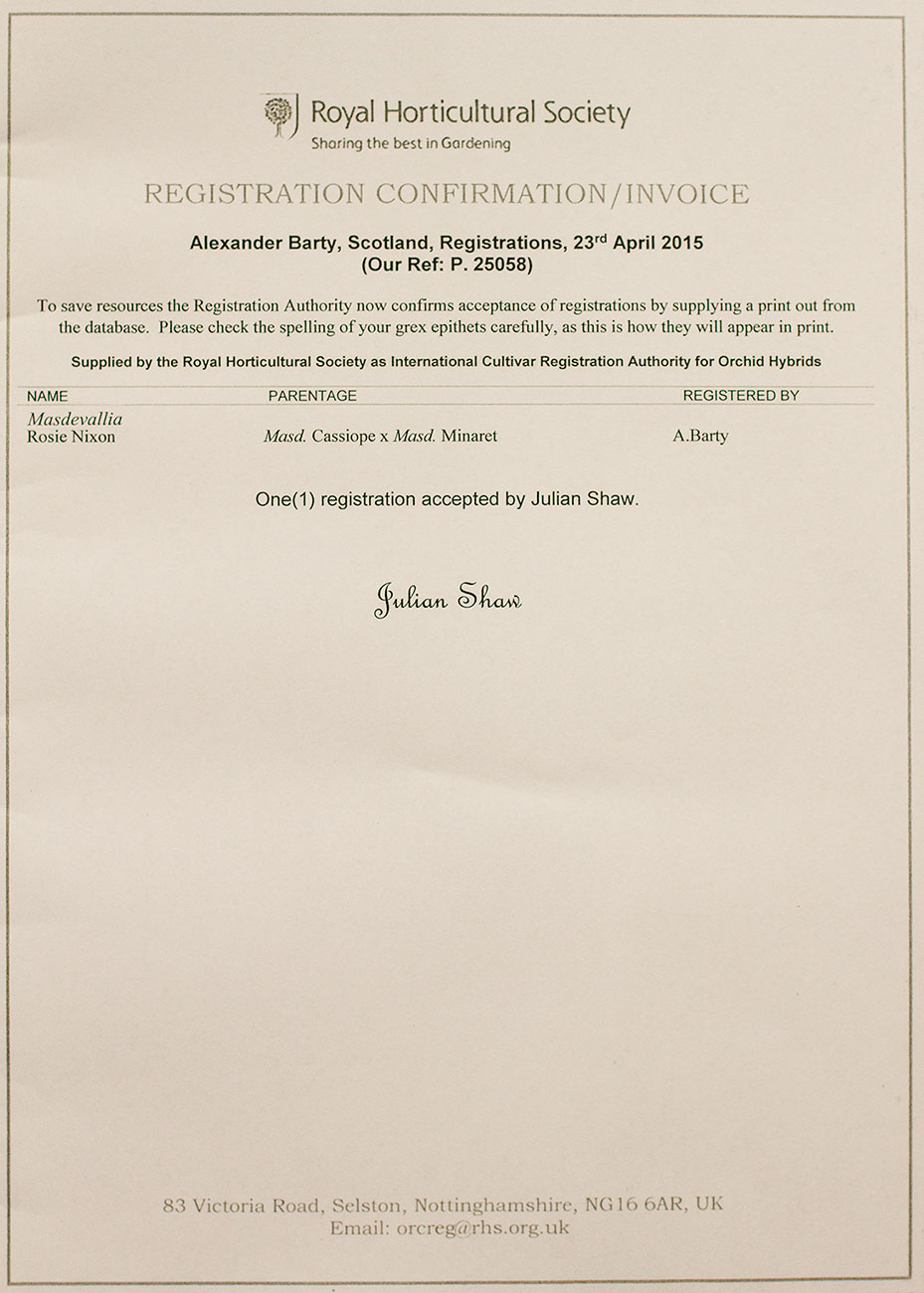 Rosie is a garden photographer, writer and nature lover. She enjoys soaking up nature and is easily distracted from doing the weeding by anything that flutters, flies, buzzes, creeps or crawls! She enjoys sharing the beauty of creation through her photography. Rosie has been featured on TV on BBC2's The Beechgrove Garden and she uses the outdoors as her natural light studio. Her work can be seen at one of Scotland's only photography galleries - Close Gallery, 4b Howe Street, Edinburgh.

Leavesnbloom is the place where gardening, nature and photography grow together.

I'm a passionate wildlife gardener and garden photographer and writer. Furthermore I enjoy soaking up nature and I'm easily distracted from doing the weeding by anything that buzzes, creeps, crawls or flutters.

All in all I enjoy sharing the beauty of creation through my photography. 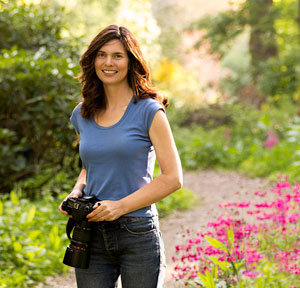 My work has been featured in national newspapers and magazines as well as on TV on BBC2's The Beechgrove Garden. You can view many of my images at the only photographic gallery in Scotland - Close Gallery, 4b Howe Street, Edinburgh. 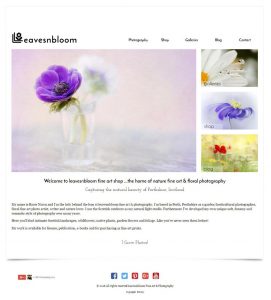